“What a wonderful story.  What an awesome journey Clovia had.  . . . Couldn’t put it down.”
—Rick Labus, beta reader 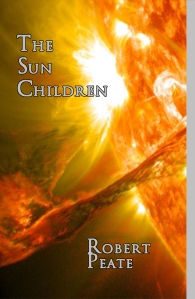 Over a century after Darkness was defeated and the Day of Our Sun Havo began, unexplained infertility has reduced Terra’s population by billions.  As Church scientists labor to find the cause and a cure, each year the Church of Havo sacrifices ten people to show Humanity’s devotion to Havo and earn a reprieve, a reprieve which has yet to come.

137 years After the Day, Provincia Americae Cascadiae selects Clovia Nervina, a devout young woman of twenty-three, as one of its latest Offerings.  She feels blessed to meet her maker, but Church leaders may regret their choice forever.

The Offerings are given time to say goodbye to family and friends before they journey to be consumed by the Sun.  When they awaken from cryogenic sleep two days away from the Sun, the Offerings will pray and prepare themselves to meet Havo.  But when Clovia awakens on the small spacecraft, she discovers that four of the ten Offerings are atheists sentenced to death.  They are not prepared to die for Clovia’s religion and announce their intention to turn the small ship around for home.

Clovia immediately learns that not all on her perfect world was as it had seemed, and her journey has just begun. 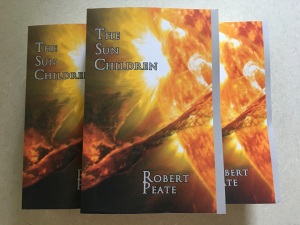 This story began in 2013, when, inspired by both The Handmaid’s Tale (mass infertility) and The Hunger Games (human sacrifice and in the first person), I decided to write a Young Adult anti-theocracy dystopian science-fiction novel.  I had already written a play to challenge Christianity (The Recovery), but I wanted to take on religion in general.  As I wrote, it became more sophisticated and perhaps less YA.  In this work every evil of theocracy is on display, along with every fallacy of logic.  However, the heart of the story is the mental and physical journey of the protagonist, as she goes from blind follower to . . .

“It kept my interest down to the last page, and it does seem to cry out for a sequel or maybe a prequel . . . It was a really good read.”
—Alan Milner, beta reader